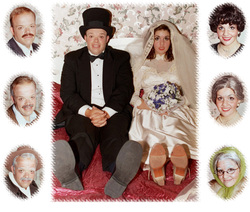 I Do! I Do!  details the triumphs and “tortures” of wedded bliss following Michael and Agnes through 50 years of marriage and all of the stages of love from wedding night jitters, children, and fights to unfaithfulness, reconciliation and old age.  This gentle wisdom about the institution of marriage features the well known song My Cup Runneth Over With Love.

Selecting I Do! I Do! was a joint decision between my sister, Lori Arendsen, and I which came about in a backwards sort of way.  First we had the performers – Elizabeth and Steven.  We had work with them both on 110 in the Shade at Lansing Civic Players.  We were so impressed with their talent, dedication, willingness to try anything and their pleasant personalities that we wanted to find another show so we could work with them again.  We felt that the two-person musical, I Do! I Do!  was a perfect vehicle to showcase the multitude of talents these two fine young people possess.  They were up to the difficult challenge of a two-person show and I am so proud of them!  They are a joy to work with and to watch perform – I’m sure you will agree with me once your see their performances tonight!
I Do! I Do! would not have been possible without the hard work of many people, family and friends, that you see listed in the program.  I feel so fortunate to have Jeff English as Musical Director and Lori Arendsen as Choreographer.  A long-time friend, Elizabeth Todd was more than willing to take on the difficult task of Stage Manager and I know with her back stage, things will be done right!  I want to give special thanks to my Assistant Director, Cathy Hansel-Edgerton, who got hooked on theater while working as my Assistant Director on Five Women Wearing the Same Dress at Riverwalk Theatre.  Cathy has a good eye, is reliable and a take-charge person who is always there to help keep things in balance!  I also have rekindled a friendship with a high school classmate, Becky Hicks, who has been invaluable to this show and to me.  She has searched the ends of the earth for props and donations, made our table centerpieces and even recruited movers!  I am so lucky to have these two women as my associates at Starlight!
I am so thankful for all of the staff and volunteers who have given their time and talents to make this production such a success.  I know how busy everyone’s lives are these days and it touches me that people would give of themselves to help me out with this new dinner theater.
I Do! I Do! is the perfect show to dedicate to my parents, Gerald and Virginia Granger who just celebrated their 56th wedding anniversary last month.
Linda M. Granger, Director

It Had To Be You

Send Me No Flowers 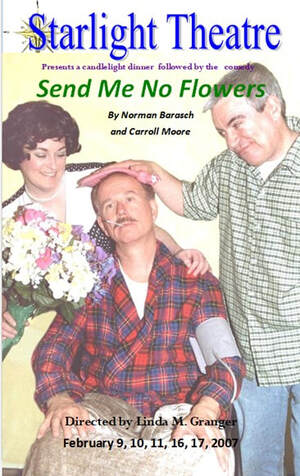 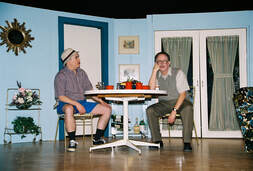 “SEND ME NO FLOWERS” IS A BOUQUET OF LAUGHS
Light and laugh-filled, Send Me No Flowers is the story of hypochondriac George Kimball (Chris Klaver) trying to find a new husband for his beloved wife Judy (Marni Darr Holmes) after mistakenly believing that he will soon die.  The results are hilarious. Although George is happily married to Judy, he constantly worries about everything and always thinks he’s sick.  One day, while Dr. Morrissey (George Duncan) visits, George overhears the physician discussing the gloomy outlook for another patient…all the time thinking the doctor is talking about him!  Under the impression that he will die soon, George sets out to find his wife an acceptable mate to take his place and recruits his friend Arnold (Gordon Hicks) to assist in the matchmaking.  George selects Judy’s old boyfriend Bert (Don​ Cochran) as a potential mate, but things start to fall apart when Judy suspects George of hiding an affair.  Throw in an aggressive cemetery-plot salesman (Jayke Pell), over-the-top fantasy scenes and you have a real bouquet of laughs.
“Most people remember Send Me No Flowers as a popular mid-sixties film that starred Rock Hudson and Doris Day,“ says Director and Starlight Dinner Theatre manager Linda Granger.  “The show has aged well and it still remains a very good romantic comedy for all to enjoy.  It would be a fun evening out for Valentines Day, too!” 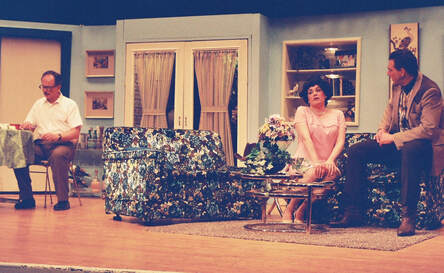 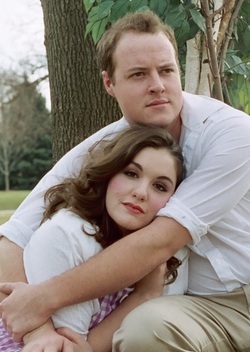