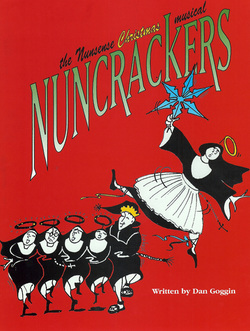 Nuncrackers: The Nunsense Christmas Musical is the first "TV Special" taped by the sisters in their convent basement studio for Cable Access. It stars the nuns (Beth Webb, Diana Lett, Laura Croff and LeAnn Dethlefsen) you love plus Father Virgil (Rick Dethlefsen) and some of Mt. Saint Helen's most talented students. It features all new songs including: Twelve Days Prior to Christmas, Santa Ain't Comin' To Our House, We Three Kings of Orient Are Us, and It's Better to Give Than To Receive. This show is filled with "Nunsense" humor, some of your favorite carols, a "Secret Santa," and an uproarious take on Tchaikovsky’s Nutcracker Ballet. Nuncrackers will make you laugh and maybe tug at your heartstrings. It's the perfect way to insure your holiday season is merry and bright. 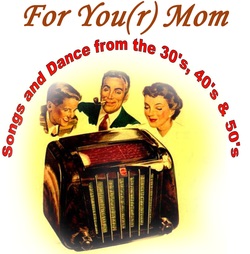 Songs and dances from the 30’s, 40’s and 50’s – a great Valentine gift for your mother.  We know many of you would love to hear the songs from your youth, so we are bringing it to you at Starlight Theatre as a special Valentine’s Treat!  Songs include “Sentimental Journey”, “In the Mood”, “It Had to Be You” and many more.  Many popular local singers will be performing: Martin Underhill, Bill Henson, Emily Clark, The Take Note Guys Barbershop Quartet comprised of Charlie Martin, Al Blakenship, Dan Templin and Mike Barger and many more.

Starring Michael Hays and James Houska
Red, White and Tuna is the third in a series of comedic plays (preceded by Greater Tuna and A Tuna Christmas)each set in the fictional town of Tuna, Texas, the "third-smallest" town in the state. The play is at once an affectionate comment on small-town, Southern life and attitudes but also a withering satire of same. Two award-winning actors, Michael Hays and James Houska, will play the entire cast of over twenty eccentric characters of both genders and various ages.  Red, White and Tuna is notable in that the two actors final costume change (normally done off-stage) is done in full view of the audience.

You Can't Take It With You 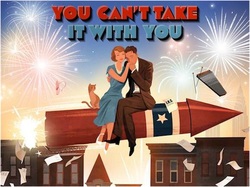 Winner of the Academy Award for Best Picture in 1939 and again for Five Tony nominations this past year, including Best Revival, You Can’t Take it With You is the story of  sweet-natured Alice Sycamore falls for banker's son Tony Kirby. But when she invites her snooty prospective in-laws to dinner to give their blessing to the marriage, Alice's peculiar extended family -- including philosophical grandfather Martin Vanderhof, hapless fledgling ballerina sister Essie and fireworks enthusiast father, Paul -- might be too eccentric for the staid Kirbys.