Starlight Dinner Theatre Board of Directors 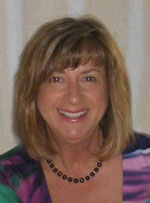 Linda is the Founder, President and Artistic Director of Starlight Theatre.  She has either directed, produced or performed in all of the 43 shows Starlight has produced since opening in 2006.   Linda's love for live theatre began while performing in shows at Waverly High School.   Since then, she has directed 29 plays and musicals and performed in over 50.  Linda has been awarded 13 Lansing State Journal Thespies and one City Pulse Pulsar over her theatrical career for acting, directing, props and set design.  In June 2009 she won a Lansing State Journal Thespie for her “extraordinary work at building the Starlight Dinner Theatre into a successful and popular operation.”   She received Best Director awards from Riverwalk Theatre for Five Women Wearing the Same Dress (which also won a Lansing State Journal Thespie), and Players Awards for Directing Carousel, Dearly Departed and The Foreigner at Lansing Civic Players.  One of the highlights of her career was directing Camelot at Starlight which garnered nine City Pulse nominations and one Pulsar and Thespie.

Prior to opening Starlight Theatre, Linda was heavily involved with Lansing Civic Players behind the scenes where she served on their Board of Directors for eight years - five years as the board President and three years as the board Secretary.  She chaired their Play Selection Committee, Awards Committee, Children's Workshops, New Location Committee, Publicity, Fund Raising, and Grants and Underwriting Committee.   She was their Newsletter Editor, Costume Shop Liaison, and lead organizer of many fund raisers to include the Big Band Fund Raiser, Style of the Arts at the Lansing Mall and the Historical Marker Dedication/Ice Cream Social.   While a member of the Board of Directors, she produced nine shows and directed four Annual Awards Night performances.

Linda has worked professionally as an actress, making over two dozen commercials, training videos and public service announcements.  She is very proud of the nerdy secretary character she developed for a series of commercials for Richo Office Products, one of which won a Gold Award at the Houston International Film Festival, a Merit Award from the American Advertising Federation, Sixth District, a Gold Addy 14 at the 1989 Addy Competition held by The Marketing/Advertising Roundtable of SouthWest Michigan and a 1989 Telly Award, "Use of Humor".

During her avocation for performing and directing, she spent 36 years working for the Department of Military and Veterans Affairs (DMVA), 24 of those years in "the General's Office" as an Administrative Assistant to the Assistant Adjutant General for Army.  Linda retired from the DMVA in June 2008.

"All of the above has brought me here and I am grateful for the experiences.  I would like to credit the wonderful staff, talented actors and my loyal family for Starlight's success." 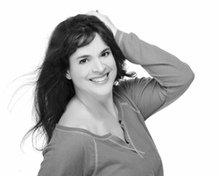 Lori has served on the Advisory Board for Starlight Dinner Theatre since its inception.  She has been in love with the theatre her entire life, starting at the Okemos Barn Theatre as one of the Snow children in Carousel.  She is now in her 30th year of teaching the performing art of dance and is celebrating the 25th year of her studios, Rising Star Studio of Dance Arts.  Lori is the President/Founder/Owner of Rising Star which has three locations in the Lansing area with more than 500 families participating in the studios programs. Lori's students have gone on to dance, choreograph and perform for Warner Brothers, DisneyWorld, Cedar Pointe, Carnival Cruise Lines, Julie Andrews, Kenny Rogers, and Zendaya.  She judges all over the United States for National Talent Competitions as well as pageants, talent shows, and theatre groups.  She serves on the Weissman's Designs for Dance Costume Advisory Board, choreographed a flash mob event for CATA and has her students compete and perform all over the state.  Lori has choreographed musicals for local community theatres winning awards for "Something's Afoot" and "110 in the Shade" both at Lansing Civic Players and she also choreographed Starlight's third production, the highly acclaimed musical "I Do! I Do!"   Starlight Theatre and Rising Star have an ongoing partnership with Rising Star donating rehearsal and storage space and music and both groups sharing props, set pieces, and costumes.  Miss Arendsen and Rising Star believe in family theater and believe that Starlight is doing the best job at delivering that in the Lansing area. Lori was recently awarded a Galaxy Award for her outstanding choreography in I Do! I Do!